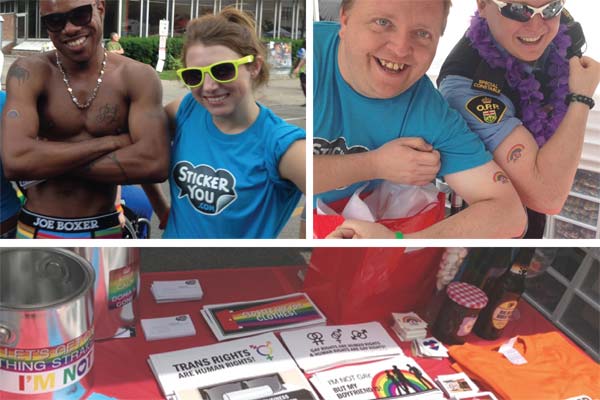 Unless you live under a rock, you've probably heard of Pride before. It's an organization with branches all over the world that exists to celebrate the history, courage, diversity and future of LGBTTIQQ2SA (lesbian, gay, bi-sexual, trans-sexual, transgender, intersex, queer/questioning, 2-spirited and allies). The largest celebration of such are known all over as the Pride Parades.

Toronto Pride, for the past few years, has hosted one of the largest Pride celebrations in the world. Spanning over a week, the festival features, marathons, concerts, street festivals and market places and the annual and much anticipated Pride Parade. People from across Ontario gather in neighborhoods, mainly the Church St. and Wellesley neighborhood, for the biggest, gayest parties you've ever seen. This year, Pride 2014, Toronto will be hosting World Pride, marked to be the biggest Pride celebration ever in the world. Toronto will be hosting visitors from across the globe during the ten day festival.

Last year, the StickerYou Crew joined in on the festivities and had a booth in the Marketplace where we sold gay rights bumper stickers and temporary tattoos. Half of the proceeds were donated back to Pride Toronto. In doing so we got to chat with a lot of awesome people and even meet some of our existing customers face to face. We also saw a lot of butt cheeks (but we kinda assumed that would happen). Check out our pictures! In addition, StickerYou has printed the ever-popular Pride Donation Stickers patrons receive when entering the festivals and marketplace for the past two years and will be doing the same for World  Pride. We are delighted to help out with the Pride celebration as we believe in a safe and happy community as well as equality among all of Toronto's citizens. Back by consumer requests, some of the products we sold at the Pride Parade last year can be found on our website here.

Whether you're attending the celebrations or hosting your own Pride party, make sure you do it in style with temporary tattoos, Pride bumper stickers, floor decals, window decals, custom patches, custom name badges and more. We have all the products you need to show your support. It's easy and affordable!