When sticker artist Joee Patton watched Seinfeld with his family in the ‘90s, he had no idea that the show would become his art. When he adopted his cat, Blue, he combined his feline and ‘90s pop culture obsession into mystical, psychedelic images that are both bizarre and nostalgic.

Whose cat is in your work? Is it the same cat?
Five years ago I adopted a cat. Her name is Blue. I started making distorted images of her. Everyone is obsessed with animals. My cat is a muse, there’s cat culture everywhere. Blue is a total diva. I make her into these mystical, psychedelic creatures. 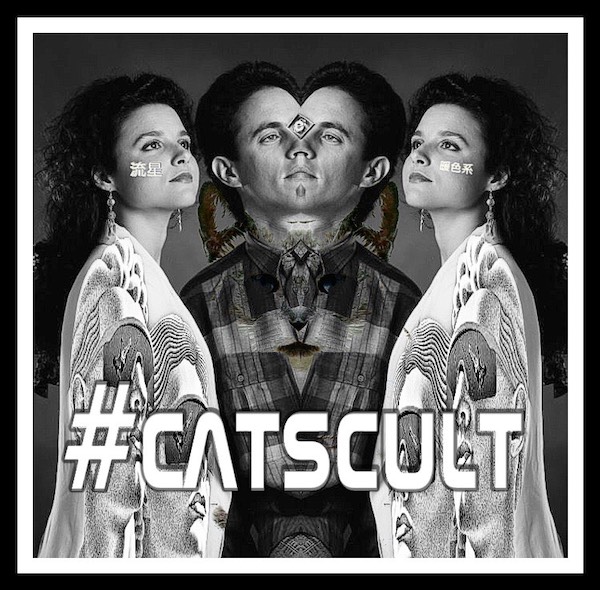 Why cats?
I think there’s a niche out there for weird animal products. The type of thing where you see it, and you wonder for a second “Is that serious? Is that real?” I mean, there are catnip joints out there, which act like incense. It’s so weird, but it’s a product people are interested in. I’m making air fresheners with essential oils that cats like. Like rosemary infused with catnip. Or lavender-scented catnip. I work as a graphic designer on the side. I’m progressively building that business. I do logos, and I often get commissions from pet lovers, like recreating a pet as a yoda painting. 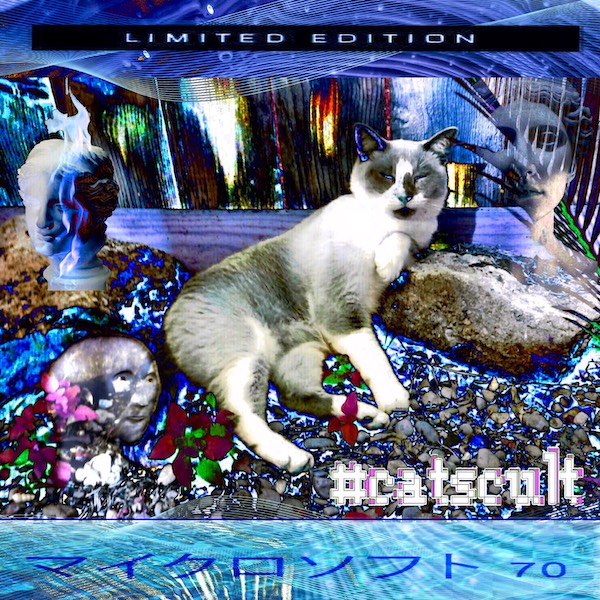 Your style is unique. Very ‘90s.
I’m obsessed with ‘90s pop culture-related images. I wanted to do a kind of vaporwave, low-fi, ‘90s, low-grade Windows 99 aesthetic, very pixelated. That’s why there’s so much Seinfeld imagery in my work. I still watch it all the time - the style, the clothing, the comedy, it’s nostalgic.
When I was a kid, my family would all be together watching these shows. Now my parents are divorced and my siblings all live in other states. So it’s very nostalgic for me. I wanna be in my own pop culture world. A lot of my creativity comes from being consumed by pop culture. I have stints of shutting it off and reading more. I go back and forth. Pop culture - I want to mock it, but it controls me at the same time. 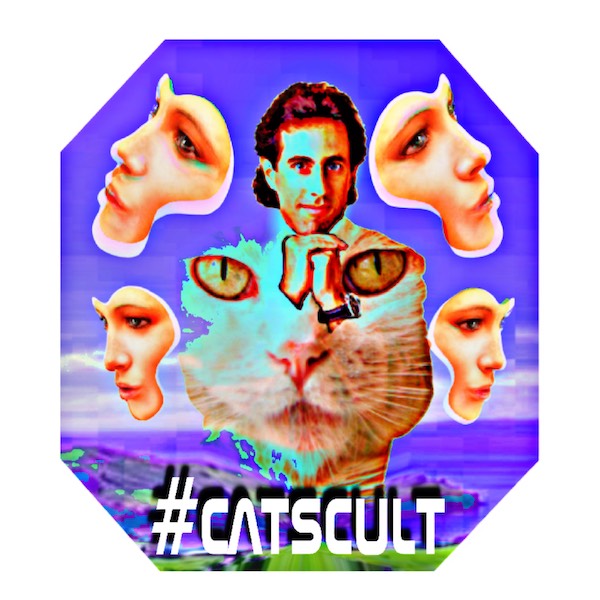 How did you become an artist?
I had a brain aneurysm as a kid and was half paralyzed. From that time on, I had a vision of me being an artist. My Grandma also dreamt about me being an artist before I was born. That’s how I became an artist. When I was a kid I was influenced heavily by Lisa Frank. All those dolphins, cats. At the time it was considered something for girls. I wanted to make something that was more my style.

You’re based in Austin, but you aren’t from there. Why did you choose Austin?
I moved to Austin for filmmaking. I make short films. Austin is very creative. I’m surrounded by people working in creative fields. I became friends with other artists and muralists. Seeing so much creativity and going to art shows inspires me to make my own art. I’m not musically inclined, but I love music and would often help out bands by making flyers and t-shirt designs.
Austin has a very strong sticker art culture. Especially on bathroom walls. They’re covered with stickers. They’re cool, random strangers can see them. Anarchy Cat got his start here. 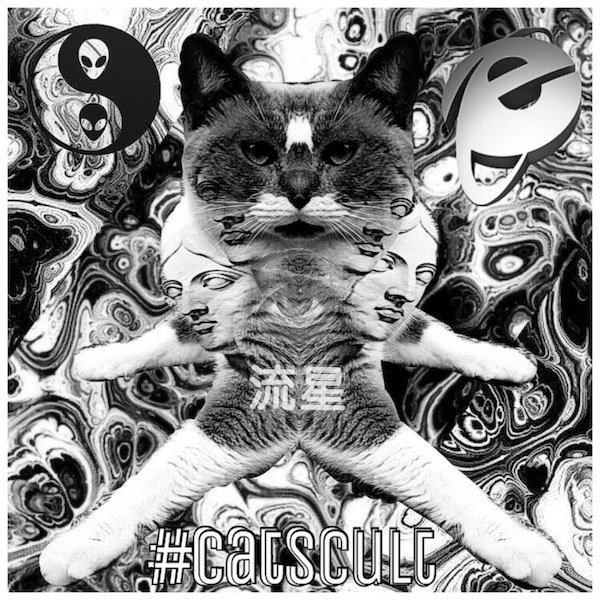 How many stickers have you made so far?
I’ve made around 80 different stickers to date. Stickers are a piece of me. Over the past year I’ve progressed quite a bit. I’ve been making more, selling more. I’m making something called Cat’s Cult right now, it’s catnip-infused bottled water. My cat is obsessed with water, and I’m obsessed with my cat. So it’s natural.


Want more great ideas and inspiration? Follow us on social, or sign up for our newsletter for amazing deals delivered directly to your inbox.